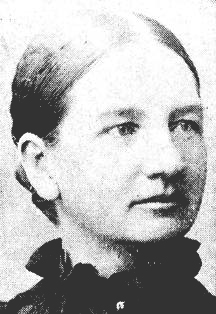 Eliza Cook was born in Salt Lake City, Utah, and came to Sheridan, in Carson Valley, Nevada, with her mother and sister in 1870 when she was 14 years old.

Self-educated, she was admitted to Cooper Medical College in San Francisco. After receiving her degree in 1884 she returned to practice in Carson Valley, where she lived and had her office in the home of her sister, Rebecca, and brother-in-law, Hugh Park. In 1890-91 she completed graduate studies in Philadelphia and New York, then continued her work in Carson Valley.

Dr. Cook was a strong advocate for women’s rights. In 1894, she wrote a letter, printed in both the Genoa Courier and Reno Gazette, stating 11 reasons why women should have equal voting rights with men. In October 1895, she was elected a vice president of the Nevada Women’s Equal Suffrage League at the meeting held at McKissick’s Opera House in Reno. At the end of her term she became president of the first Douglas County Equal Suffrage League.

Dr. Cook was also an avid supporter of temperance. She was a member of both The Good Templars and the Women’s Christian Temperance Union. She attended the WCTU convention in Carson City in 1892, and then served that organization as state president from 1896 until 1901.

Dr. Cook continued to work from the home of her sister and brother-in-law until she had a small house built for herself in Mottsville and moved her office there in 1911. She retired from her medical practice in 1921 at the age of 65.

After retirement Dr. Cook continued to do her own gardening and housekeeping. She read voraciously and subscribed to many periodicals. She died in her sleep on October 2, 1947, at the age of 91.