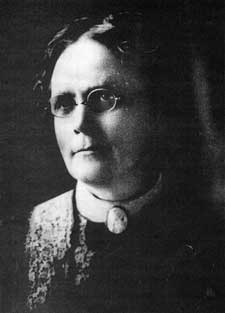 Born in Iowa as the Civil War was drawing to a close, Mila Tupper Maynard had a dream of becoming a minister even though at that time women were not admitted to professional seminaries. She was active in the Unitarian Church and was ordained as a Unitarian minister the same year that she graduated from Cornell in 1889. She served as pastor of churches in Indiana and Michigan. While she was living in Grand Rapids, Michigan she met Rezin Maynard, a church trustee, whom she was called upon to counsel. Ultimately they were married and served in the ministry together.

In 1892 they moved to Reno where in 1893 they became co-pastors of the newly organized Reno Unitarian Church. They offered a series of lectures and Mila taught courses at the University of Nevada. They were social activists and spoke on topics that included “Rights of Women and Children,” “Rights of Property,” “Political Rights and Duties of the State,” State Supervision of Religion and Education,” and “Treatment of Criminals.”

Both ministers were leaders in the woman’s suffrage movement. Mila played a critical role in a temporary 1895 victory in the struggle. She was invited to address the Nevada State Assembly. Rezin wrote a passionate plea for the right of women to vote and predicted that allowing them to do so would bring about “a complete revolution in government, religion, and social life.” It was published in the Reno Evening Gazette.

The couple left Reno in 1895 when they moved to Utah to serve as ministers for the First Unitarian Church of Salt Lake City. By 1907 they had settled in Los Angeles. Mila devoted herself to teaching until her death in 1926.

Read more about Mila Tupper Maynard on the NWHP website.